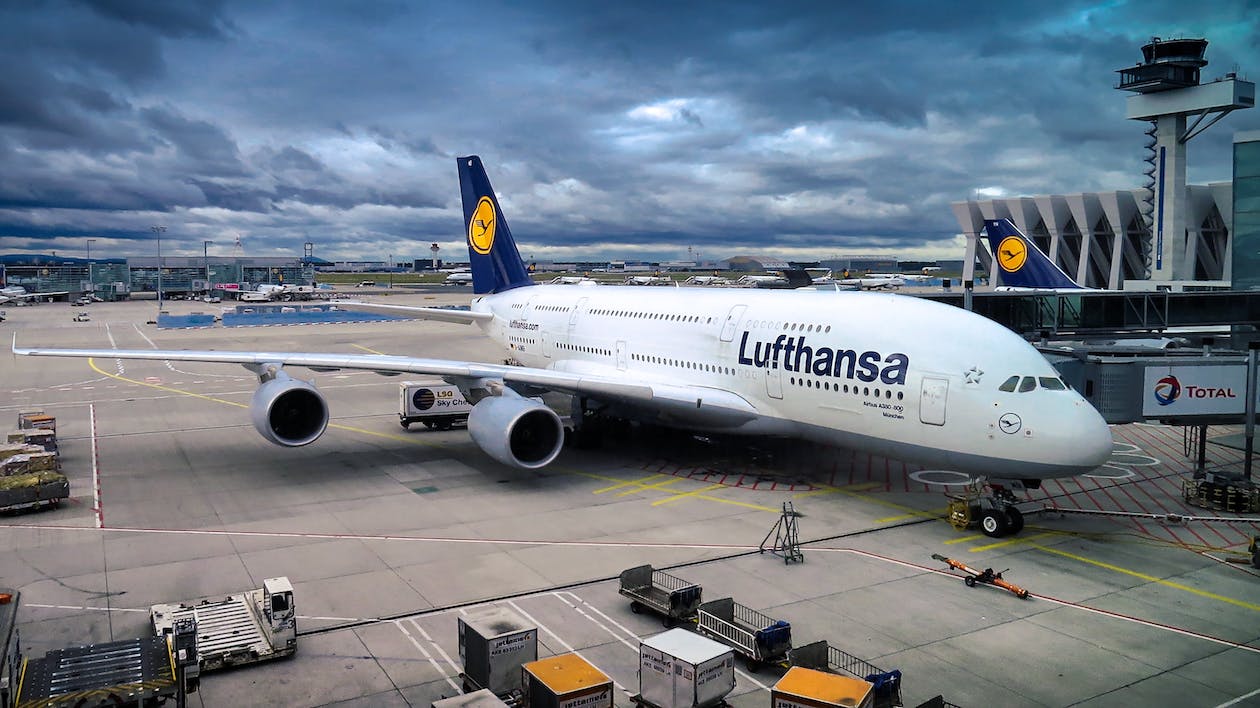 After spending 3 spectacular months in the “Holy Land”, it was time for my trip to Barbados (you can view my previous post here). For this trip, I booked a 6 months return ticket with Lufthansa  at $1,180 per passenger which was a steal considering it was peak season. As explained in my previous post, I had no plans to use my return ticket so I didn’t know what to expect at immigration and this made me anxious for my trip but there was no turning back now!  The flight route was TLV to FRA to BGI , my connecting flight was with Euro-wings and total flight time was 16hrs 30mins including layover. I found it pretty cool that there were direct flights to Bridgetown from Frankfurt albeit a long one.

My flight was for 5:20am Israeli time and at 1:00am I left for the airport to start my journey. During check-in at the airport, Lufthansa made us (my husband and I) check in our hand luggages and we were only allowed to take our laptop bags with us on the plane. I found this completely ridiculous as it was not the start to my trip I had planned. However, the TLV to FRA flight was a breeze, 4hrs and we reached Frankfurt, layover time was 3hrs and after the usual security checks, we waited in the transit area to board the plane. While waiting, I connected to the airport wifi to surf the net and the Ukrainian airlines plane crash that killed 176 people in Iran was plastered all over the news as we were about to board our plane, the sad news made me even more anxious but I had to shake it off. 30mins later, we boarded Euro-wings heading to Barbados for a 9hr 20mins flight phew!

On board the plane

Ready…Set… Go! we were in the air thank God! To pass time on board the plane which was pretty full, I hoped to see a movie but I realised my headphones were in my checked in hand luggage and it made me a bit annoyed. The other option I had was to get headphones from the air hostess but alas! it cost 3 euros and there was no way in hell I was going to pay for it. Frustrated, I tried to fall asleep but couldn’t, I didn’t feel like reading the book I had with me (start-up nation) and for the first time in my life I reluctantly watched a movie (Stuber) solely with subtitles and it wasn’t so bad. (Flight map video below)

Video of the Flight map from Frankfurt to Bridgetown

After 9 and a half long hours, we finally arrived Barbados; the island of “the bearded ones” and as the tires of the plane touched down on the tarmac of the Grantley Adams International Airport, everyone on board clapped and cheered as we all readied ourselves for vacay mode. Getting off the plane into the scorching 30 degree heat reminded me of my home far away and the cool wind blowing against my face was just the welcome I needed on this land of the Bajans and it felt good. Prior to our trip we paid for a fast track arrival service because we read online about the long lines at the airport during peak season and we didn’t want to deal with that after the long flight. So upon landing, we found an agent from the company waiting for us at the arrival gate, holding a magazine-sized sign with our names on it.

Upon hearing our intended length of stay, the immigration officer gave us a curious look, then she called her colleague to discuss our case and told us to wait in a small office at the airport. After waiting for about 30 mins, watching other passengers go through without a hitch, the immigration officer asked to speak with me privately and she asked me; “how do you know the man you’re travelling with?” Confused I replied; “you mean my husband?” and she responds with “oh he’s your husband? I didn’t know that, we’re so swamped with a lot of passengers right now that I didn’t even check the last name.” I found this surprising! (I later realised she probably thought I was being trafficked by my husband or something as we’re an interracial couple, weird!) She let me go and then she called my husband aside for questioning. After she confirmed our relationship upon viewing our marriage certificate, she informed us that we could not get a visa for 176days at the airport and that at the moment, we’ll be given a 1 month visa stamp and we would have to go the immigration department in Bridgetown to extend our stay for the remaining 146days. Arrrggh!

The whole questioning process took about 40-50mins (so much for expedited service) and then our passports were stamped for 1 month and returned to us. After that, our agent led us past the queue straight to customs, we submitted the customs form to the officer and moved on to baggage claim. After getting all our bags, our agent then led us to a taxi driver outside the airport who took us first to a phone shop and then to our Airbnb at St. Philip. He charged us B$70 or US$35 for the round trip. Finally on the way to our “home” for the next two weeks, all I could think of was a nice cold shower and a real bed to pass out on for 2 days straight.

One thought on “Flying to the Island of Barbados”